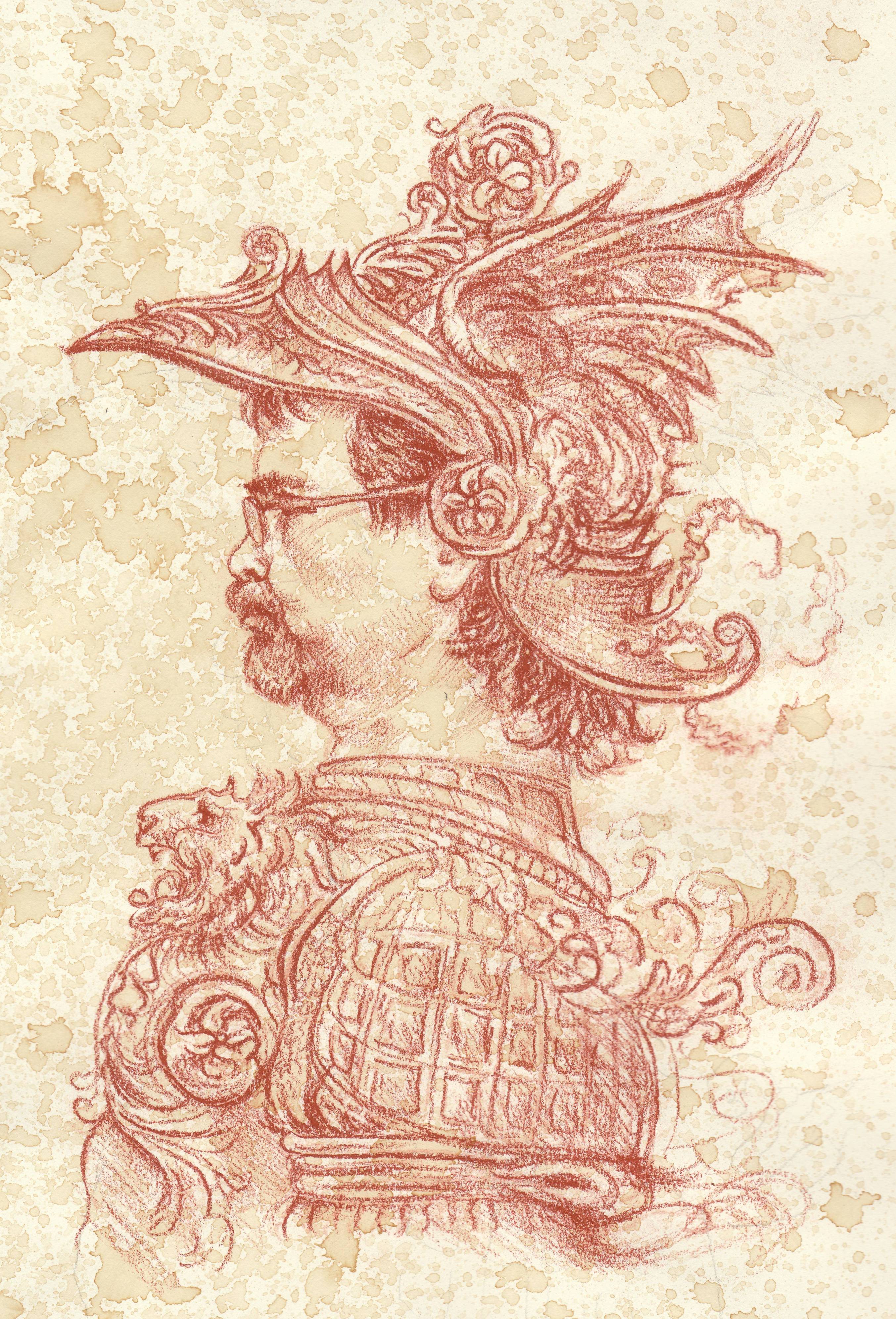 Born and raised in Southeastern Nebraska in the 1960's, Jerry developed a fascination with the arts at an early age, when he first viewed Modigliani's "Girl With Braids". It would leave an indelible mark in his memory, and frame the mood for future creativity. Once introduced to oversized crayons, and a Big Chief drawing tablet, a passion to tell stories through imagery was brought to life, and has continued to expand throughout his adult life. A life-long fan of Harvey Kurtzman's "MAD" magazine, Jerry developed an appreciation for the satyrical perspective on life, popular culture, politics, etc. The brilliant illustrations, and the clever commentary would further refine the type of art he wanted to create. The result of these influences is an eclectic mix of drama and whimsy, but the goal is always the same; to capture the nature and character of the subject, and leave the viewer wanting to know more. A lighting engineer by trade, Jerry spent 20 years in New Mexico, working with museums, private galleries, and individual artists to design lighting systems for exhibits and retail. Jerry is a resident of Denver, CO, and when not putting pigment to paper, he spends much of his time with his children and grandchildren.